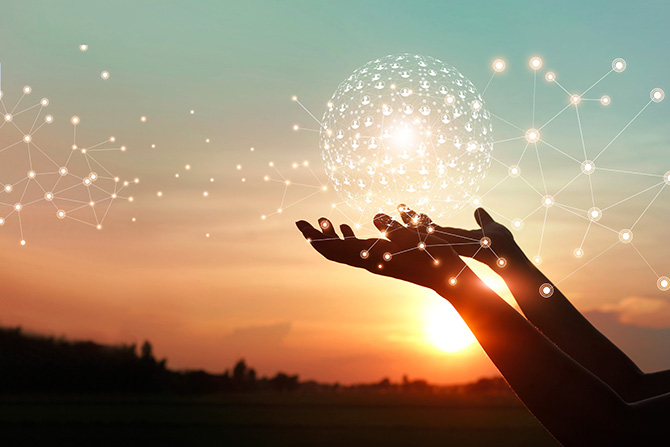 Engineering has undergone a transformation caused by “technological convergence” (or convergence). Convergence is a phenomenon in which professional practice, as defined at the beginning of the 1900s as disparate technical fields, has grown to be more similar. This convergence has implications for leaders because of an increasing congruence of technical skills among members in different industries. Managers may find that some technical employees are role-substitutable in a manner that was rarely possible in 1950.

How convergence occurred over the last 70 years is not obvious and is the subject of ongoing analysis by top economists. Although economists and engineers do not view changes in the same way, this article will outline what drove these changes via recent, primarily economic publications. Since UEC members may not be familiar with these economists, I included a short introduction about them to provide a sense of the gravitas of these people and ideas. The following paragraphs outline (1) a decline in U.S. productivity due to diminishing innovation, (2) leading to growth of the financial sector of the economy as a policy alternative, (3) resulting in reduced economic reliance on science and engineering, and (4) causing career impacts to UEC members.

ECONOMICS AND THE MOTIVATION OF CAREER CHANGES OVER MANY DECADES
The United States had 40 million automobiles on the road in 1950 [1], and the U.S. population was 150 million [2]. Simple division yields 0.27 cars per capita. Today, the population has grown to 330 million [4], and there are 0.83 cars per capita [3]. The question is, why isn’t the number of cars per capita number higher now? Many other similar observations can be raised about expected progress over 70 years.

Robert Gordon provides his own answers to those questions in his recent book [5]. Gordon is a professor of economics at Northwestern University. He earned a Ph.D. at MIT under the direction of the distinguished economist Robert Solow. Solow was himself awarded the Nobel Prize, the National Medal of Science, and the Presidential Medal of Freedom.
Gordon says that U.S. economic productivity (known as Total Factor Productivity) was its greatest around 1950, and has dropped by 80%. To summarize, current innovations (such as Information Technology) don’t provide the economic utility of other inventions in the 1900s that drove America’s Golden Age (1950-1970).

Brown and Linden provided a more classical economic viewpoint than Gordon in their narrative of technologically driven economic changes specific to the semiconductor industry [6]. Tassey follows the same traditional arguments but with an opposing thesis [7]. I have only mentioned these books to provide a balanced and complete narrative for readers who are motivated to learn more than what this article covers.

If Gordon’s sacrilege is correct, then what is driving our economy now? According to a sociologist named Gretta Krippner, the answer is “financialization” (also loosely called either “services” or” outsourcing”). Krippner says that the financial sector of the U.S. economy was around 10% to 15% of U.S. profits in 1950 or 1960 and climbed to at least 40% by 2001 [8]. Krippner’s book, from the viewpoint of a sociologist, is primarily a view on the origin of this unintended economic transformation (that is, policymakers working to keep the economy growing by any means) and should interest readers who want to learn about the origins of public policy.

Consequences of the growth of financialization, in turn, are described by a husband and wife, Abhijit Banerjee and Esther Duflo, who are two of three laureates granted the 2019 Nobel Prize in Economics. Both are economics professors at MIT. Banerjee and Duflo claim that financial sector workers are now paid 50 to 60% more than other workers with similar skills, but that differential was not true in 1950 or for two decades after. This added income originates by way of what economists term “rents” (a second economics term, in this instance referring to pay not originating from labor skills). In this fashion, the explosion of the financial sector has distorted labor markets for engineers. Christophe Lècuyer is a historian who wrote about the early origins of the growth of Silicon Valley [10]. His primary thesis is that innovation is driven through manufacturing, a skill set that financialization sends offshore. Scott Patterson, a financial journalist and staff reporter at The Wall Street Journal, wrote a book that continues the discussion about the disruption of science and engineering careers raised by Banerjee and Duflo. His book outlines how new technical graduates were wooed into finance and the 2008 economic collapse [11].

The disk-drive industry was famously used as a “fruit fly” metaphor by Clayton Christensen to describe the business of innovation [12]. The learning curve (sometimes referred to as the experience curve) predicts that unit prices drop as manufacturing volume increases. This shift in prices and volume eventually results in a mature technology, assuming no disruption by revolutionary innovation, with large manufacturing volumes and reduced profit margins. This competitive combination of large-scale investment with low margins leads to industry consolidation. The disk-drive industry is now reduced to only three worldwide suppliers.

These three books outline the effect of financialization on engineering and science careers, but the best summary is in the Department of Labor Bureau of Labor Statistics Occupational Handbook, which predicts slow job growth in all engineering fields.

TECHNICAL ORIGINS OF CONVERGENCE
The transistor was a novelty when UEC began in 1950. In 1950, only 80% of rural farms had electric power, and less than 30% had telephone service [13]. Available and useful integrated circuit components produced by Fairchild’s planar process were a decade away. Today, cheap and reliable electric power is now available everywhere in the continental United States and the integrated circuit has made its way into almost every imaginable product.

In economics, the term for technology penetrations into everyday life is diffusion. Thanks to the diffusion of mature electronics, technical professionals now share common skills and training in mathematical programming (such as MATLAB) and user-enabling laboratory equipment (such as equipment interconnected through National Instruments’ LABVIEW). Nowhere is this more profoundly demonstrated than in a materials science laboratory. Complex concepts are now readily demonstrated, simply reproduced, and clearly represented on graphical displays. The ubiquity of advanced electronics reduces the knowledge gap between degreed graduates in different disciplines. Managers within large companies do not fully comprehend this convergence of skill sets among disciplines.

CONCLUSION
In the past, people with broad knowledge were either labeled as Renaissance men or savants, so we should forgive employers who do not see today’s convergence. Rather than prescribe what UEC members might conclude about convergence, the following corollaries list possible directions:

June 10, 2020
READ MORE
NextFailure Analysis — What to Do When a Part BreaksNext